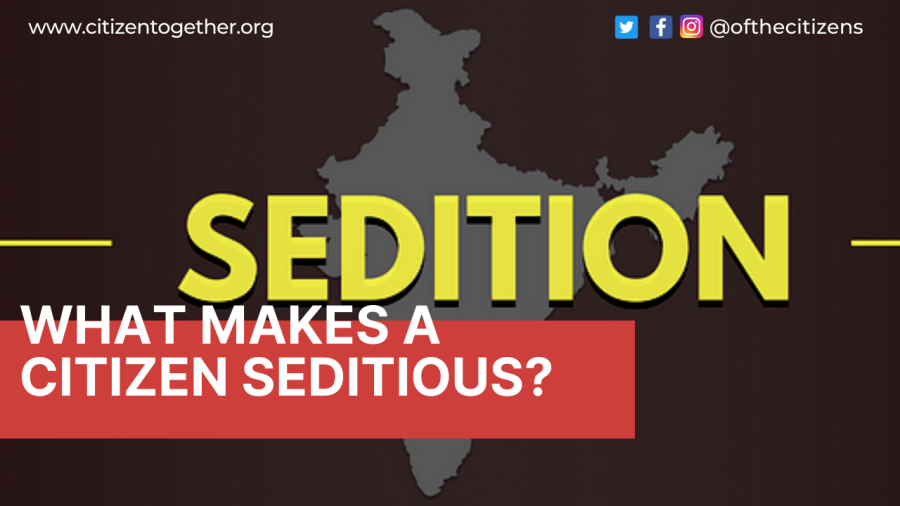 “Mr Attorney (General), we want to ask some questions. This is the colonial-era law and the same law was used by the British to suppress the freedom movement. It was used by the British to silence Mahatma Gandhi, Gokhale and others.” “Is it still necessary to keep this in statute even after 75 years of independence?” asked the bench which also comprised justices A S Bopanna and Hrishikesh Roy.

The Supreme Court last week observed that Section 124 (A) of the IPC — offence of sedition — has been enormously misused and asked the Centre why it was not repealing the provision used by the British to “silence” people like Mahatma Gandhi to suppress the freedom movement.

According to the Union Home Ministry data, a total of 326 cases were registered under the sedition law between 2014 and 2019, with the highest 54 cases in Assam. Out of these cases, charge sheets were filed in 141 cases while just six people were convicted for the offence during the six-year period.

On July 15, a Supreme Court bench headed by Chief Justice N V Ramana agreed to examine the pleas filed by the Editors Guild of India and a former major general challenging the Constitutionality of Section 124A (sedition) in the IPC.

The court said its main concern was the “misuse of law” leading to the rise in the number of cases. The non-bailable provision makes any speech or expression that brings or attempts to bring into hatred or contempt or excites or attempts to excite disaffection towards the government established by law in India a criminal offence punishable with a maximum sentence of life imprisonment.

Know About the Sedition Law

Explanation 1.—The expression “disaffection” includes disloyalty and all feelings of enmity.

Explanation 2.—Comments expressing disapprobation of the meas­ures of the Government with a view to obtain their alteration by lawful means, without exciting or attempting to excite hatred, contempt or disaffection, do not constitute an offence under this section.

Explanation 3.—Comments expressing disapprobation of the admin­istrative or other action of the Government without exciting or attempting to excite hatred, contempt or disaffection, do not constitute an offence under this section.]