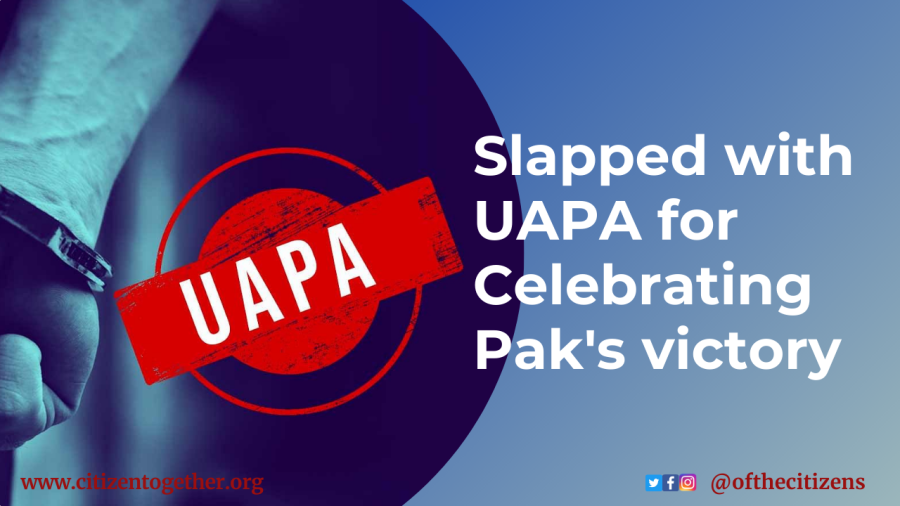 Police in Kashmir have filed criminal cases under a stringent anti-terror law against the students of two medical colleges in the region for celebrating Pakistan’s victory against India in the T20 World Cup.

Following Sunday’s match, there were incidents of celebrations in the disputed region over Pakistan’s first-ever win against India in a cricket World Cup.

Among those cheering were students from the region’s top medical colleges: the Government Medical College and the Sher-i-Kashmir Institute of Medical Sciences, both situated in the main city of Srinagar. Videos of their celebration outside their residential hostels went viral on social media.

On Tuesday, a senior police official told Al Jazeera that two cases under the Unlawful Activities Prevention Act (UAPA) have been filed against an unknown number of students for causing “insult to the national sentiment during the cricket match”.

No student has been named in the First Information Report (FIR) filed by the police and no arrests have been made so far.

But the move has triggered outrage in the region since it comes a day after more than a dozen Kashmiri students were assaulted by a mob in at least two colleges in Punjab for celebrating Pakistan’s victory against India.

The students alleged they were watching the match in their rooms when people carrying sticks attacked them, seriously wounding some.

The UAPA cases against the medical students were filed following a barrage of online trolling, with some social media users saying the students should be “sent to Pakistan” and denied government jobs in future.

During the 2014 Asia Cup tournament, nearly 60 Kashmiri students were suspended by a college in the northern state of Uttar Pradesh after they celebrated Pakistan’s win over India. The charges were later dropped.

What Does Charging Under UAPA Means?

The charges under the stringent anti terror law, UAPA permits detention without charge for up to 180 days. The government can also notify accused individuals as a “terrorist” without any trial.

The law allows Police keep accused under the custody up to 30 days. And it would be almost impossible to secure bail.

The accused students and staff in this case would guilty until proven innocent.