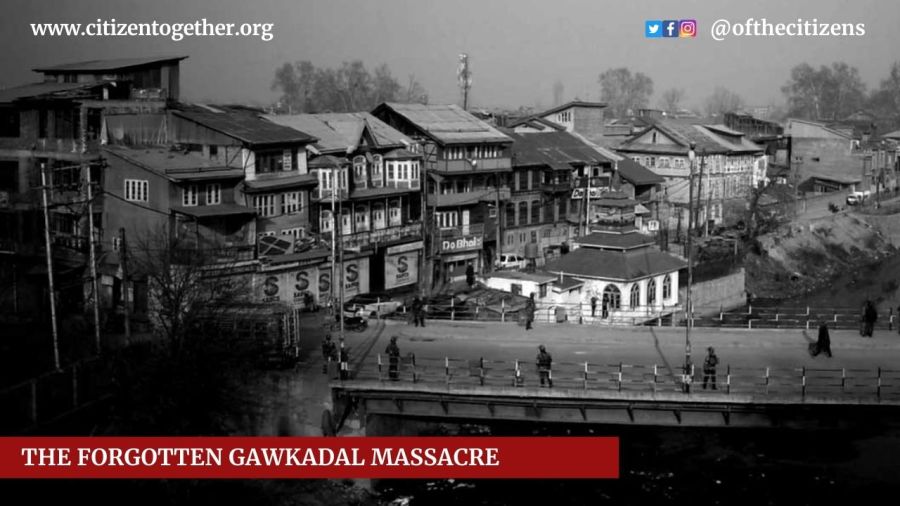 In 1991, historian Alastair Lamb wrote that “… at the moment of writing it has become apparent that the Indian Republic is faced with, at least in that part of the Vale of Kashmir which it occupies, what can only be described as a terminal colonial situation”.

On the night of 19 January 1990, all hell broke loose in Kashmir — a place many think of as ‘Heaven on Earth’. Several mosques in Srinagar played the Azaadi slogans, asking the Indian security forces to quit: ‘aey jabiro, aey zalimo, Kashmir hamara chhor dou’ . They didn’t. Those who were in barracks and bunkers and at the borders were brought down to kitchens and bedrooms by the deafening chants. It triggered the exodus of the minority Kashmiri Pandits — who had started to move out in smaller numbers months prior. They call it ‘Holocaust Day’.

The following day, CRPF machine guns left over 50 Kashmiri Muslim demonstrators dead and scores injured in a peaceful procession at Gawkadal. Kashmiri Muslims remember 21 January as ‘the beginning of the genocide’ — ‘the first massacre’.

After more than three decades justice continues to elude the victims of GawKadal massacre victims in Jammu and Kashmir.

The major killing became known as the ‘Gaw Kadal massacre’ and now is usually marked by a shutdown.

Shutdown is being observed in Lal-Chowk areas and parts of downtown.

What led to protests on that day?

The forces conducted house to house searches during the preceding night that day to search for militants and trace the weapons and other ammunition which according to them was kept in the houses of locals. The word spread among the people that during the house to house searches by Indian forces, the women were molested and it spread like wildfire across Kashmir Valley.

At Ghanta Ghar, Lal Chowk, the police officer DSP Alla Baksh, stopped the procession and forced them to move towards Gaw-Kadal via Maisuma. As people reached on the Gaw Kadal Bridge, the CRPF personnel already deployed there opened indiscriminate fire and in the ‘massacre’ at Gaw Kadal, 52 civilians were killed and more than 250 were injured.

In February 2019, the police said they had closed the investigation into the 1990 Gaw Kadal killings case saying they found no clue to trace the accused persons. The police in their reply to the State Human Rights Commission had also said the records pertaining to the incident were lost in the 2014 floods.

Following the ‘massacre’ the remembrance of the incident of 21 January  1990, is now an annual affair and is usually marked by a shutdown.

A report released by Kashmir Media Service, today, said that Indian troops had committed scores of brutal massacres since 1989 in Jammu and Kashmir. It said that over 95,950 Kashmiris had fallen to the Indian bullets in the past 32 years and that the memories of Gaw Kadal like bloodbaths were still fresh in the minds of Kashmiris.